Debateball brings together two American favorites, baseball and debate, in a fun app to intelligently engage voters in Election 2016. 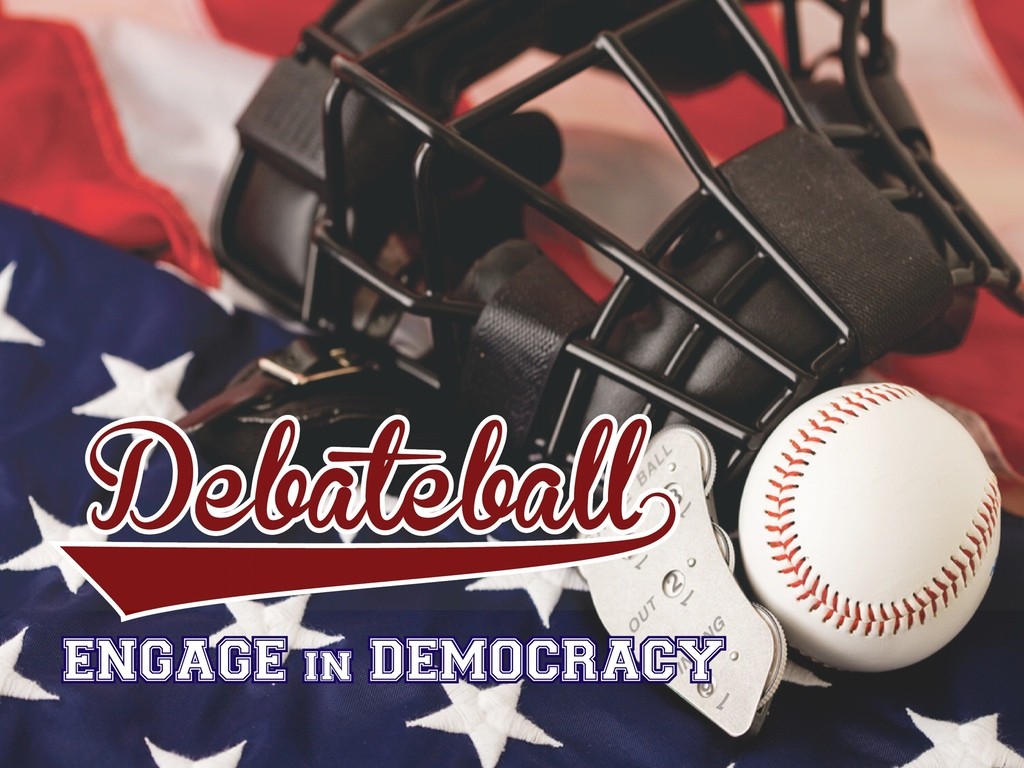 Thanks for visiting this campaign page! I hope you won’t leave before resolving to download Debateball App before the Nov. 14th Democratic Debate or the GOP debate later in November. There’s a free version of the app, and even if you’re not into politics, that’s a quick and dirty way to help a sister out! If you’ve watched the video, you heard how I became inspired to create this app.

It really happened just like that (but without the baseball hitting me in the head). The next morning, I went to my computer and sketched out about 80% of what Debateball will be. (The other 20% has been tweaked as a result of conversation with others and the folks writing the code.) That same day, I just wanted to give the idea away because it’s an awesome idea and more than anything, I wanted to see it come to life and flourish; but over the next couple of weeks, I realized that “if it’s going to be, it’s up to me.” So now I’m in the app business. At least through Election 2016. In case you’re wondering, I’m a swing voter.

That probably makes some of you sick, but there are a few issues that matter to me more than party affiliation, and sometimes I find kindred minds in the Democratic Party, and sometimes in the Republican Party. And stats say there are a whole bunch of people out there like me. More critically, there a whole lot of Americans of voting age that don’t care about politics at all. They enjoy living in a democracy, I’m sure, but aren’t actively doing anything to sustain it.

Debateball is a great gateway activity to put a little fun into politics and encourage disengaged Americans to …engage. And for the swing voters, Debateball a highly useful tool to help us make sense of all the rhetoric, boil it down to runs, strikes and fouls, and decide intelligently, not just on gut or hearsay, who is a good match for our values. The United States has been the world’s greatest democracy to date, but sadly we have much less voter participation than many of the countries that have modeled their governments off of our system.

Fifty-eight countries have better voter turnout than we do in general elections, including South Korea, Russia, India, Pakistan and Japan. Even South Africa, in just its second decade of democracy had 73% turnout in the last election, compared to our 48% of eligible citizens. It’s embarrassing, ‘Merica! Debateball isn’t going to cause a revolution or anything, but it’s a baby step toward engaging peoples’ minds in politics—in a fun and social way.

It’s a great improvement on what the networks have thought up so far. CNN offered Debate Bingo. We were supposed to be watching the debate for key phrases like “Apprentice” and “Defeat Hillary.” Yes, it got some people listening to the debate, but not for anything important! In fact, it was probably a distraction to finding the important. Fox has an Election 2016 app with a bunch of info features and for debates, a scorecard. It’s little more than making a tack mark besides someone’s name when they did something you like. It’s a tool, a boring, unimaginative, no fun tool, and with Fox’s name attached to it, it’s already alienated half the country. (Sorry to my Republican friends, but surely you know this!) At the time of this writing, that’s about all that’s out there for interacting with debates (besides Tweeting your mind throughout the debate).

Probably other networks will come up with some idea, the time has come apparently. But that doesn’t mean Debateball can’t get a nice piece of the action, and I do hope to involve either a broadcast or print news source as a white label sponsor (or maybe even sell the app to one, cheap, call me!) so that Debateball can be highly useful to a lot more people than I can reach. So to date, I have hired an app development team using Upwork.com. Flex Tech Solutions has divided the task into 9 Milestones, and we’re at milestone 6, so we’re on target for our launch date of Oct 27 for the free app and Nov 12 for the 99c upgrade, which aggregates users’ data to show the calls of the Great American Umpire.

A version 2.0 that integrates social networks and text moderating is scheduled for release before the end of the year. The amount that I’m asking for in this campaign will design, code and put into the iTunes and Google App stores both the free version and the 99c upgrade. I hope that ad revenue will pay for version 2.0, but if ya’ll want to over fund me, that’s what the money will go toward. And anything extra, toward marketing the app. See my notes on that in the next section. It doesn’t compensate any of my time, and that’s OK, because this is my brainchild, and mothers don’t have to get paid. Thanks for reading and I hope you’ll engage in democracy and support Debateball! 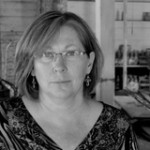 I have degrees in social sciences from Drew University and Texas Tech. I served in the Peace Corps in Ecuador. I spent a decade in social services, culminating as executive director of a shelter for teen mothers. In 2001, I started The Quilldriver, and over the years I have done all sorts of word-related projects from full book publishing and magazine editing to writing articles and proofreading. My work has won several awards. I also started a nonprofit org, On My Own Now, to encourage faith… 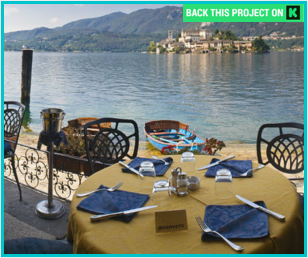 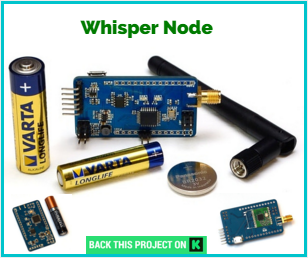